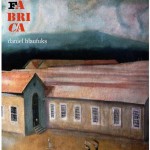 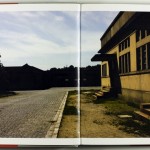 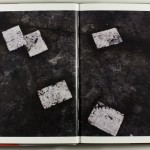 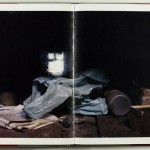 “One cannot walk through an assembly factory
and not feel that one is in Hell.” – W.H. Auden

Fábrica, a new book and film by photographer Daniel Blaufuks, is a collection of images composed into an expanded scenery of memory, a walk through the abandoned spaces of one of the largest factories in Europe in an once flourishing industrial region, that never recovered from the loss of the textile market to the Chinese exports.

Blaufuks worked the book and the film (which comes with this edition) as a documental piece, collecting different kinds of memories, crossing old photographs, manuscripts and objects with images of the present state of the building interiors and surroundings.

The result is a reflection not only on the idea of a ‘factory’ in itself, most generic and abstract, but also about forgetting and abandonment, thus creating a significant memento about labor and the disappearance of the working class in Europe in the last century, which is one of the reasons for the present crisis in the region.